Life in the city
Tourism
Back 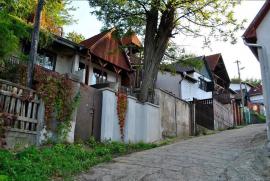 The historic cellar row is located in the city center. It is a unique feature in Europe, located close to the heart of the city at the northern part of the Avas Hill. It consists of approximately 900 cellars and wine houses. Many of these cellars go back 300 to 400 years.

The cellars are built parallel to each other about 6 to 7 meters apart following the road uphill. Most of the cellars are 10 to 20 meters in length, but some are as long as 50 to 100 meters or even longer.

The cellars are part of a forgotten wine culture that used to strive in Miskolc going back to 700 years. The coat of arms of Miskolc already depicted the grapes and grapevine as far back as the 17th century. What caused the demise of this striving wine culture was the great phylloxera epidemic in the 1880s.

Most of the Avas wine cellars are associated with the so called Avas Culture from the 1910s to 1930s when famous Hungarian writers frequented the cellars and enjoyed the Avas wine, among them Ferenc Móra and Zsigmond Móricz.

In the 1970s, many of the former wine cellars and houses were remodeled to provide entertainment and a place to relax.

Nowadays, only a fraction of the former cellars remind us what a great history the city had in wine making. In the 1970s, thanks to the vineyards in the surrounding areas, winemaking was established in the Bükk Mountains, including the Miskolc region.

The Zsolt Sándor Winery and the Gallay Handcrafted Wine Cellar have played an important part in the revival of the wine culture in Miskolc restoring its former glory. Two popular events are the annual ”Wine-ding Road of the Avas Cellar” and the Miskolc Wine Fest.